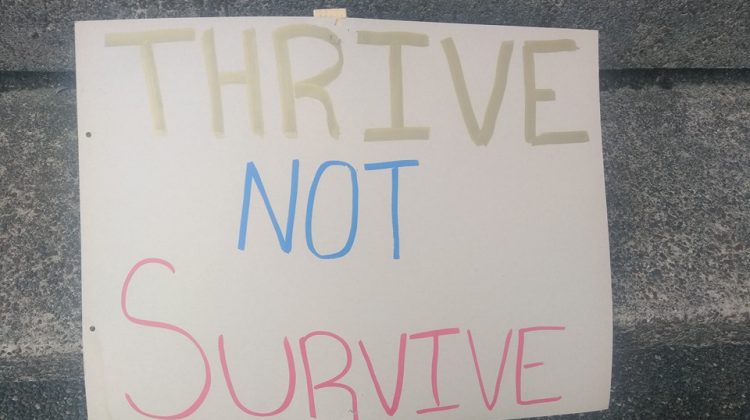 Our local MP said, “it’s a sad state of affairs when a country as wealthy as Canada allows so many of its children to live in poverty.”

The child poverty rates in the Cowichan Valley are alarming and in the City of Duncan, those numbers are way higher than the provincial average.

According to a report from First Call: BC Child and Youth Advocacy Coalition, 19.6 percent of Canadian children live in poverty, compared to 22 percent in the Cowichan-Malahat-Langford riding, and a staggering 30 percent in the City of Duncan.

Cowichan-Malahat-Langford MP Alistair MacGregor said the Trudeau government can and should do more to address the problem of poverty.

MacGregor said, “for specific programs, we need to see far more involvement from the federal government in providing safe and secure housing, I think we could do a lot of [good] in making sure we have a national student nutrition program to ensure that these young minds are getting the nutrition they need when they’re attending school.”

He added, “there’s a whole assortment of programs the federal government could be involved in, they could do more.”

MacGregor said addressing this issue requires resources from senior government. “It commands resources that provinces and regions and municipalities can only dream about and, I think, it’s real strength comes in coordinating a national program because our region is not the only one suffering from child poverty, there are many different regions in many different provinces.”

He continued, “I think the strength in the federal government is in ensuring that we are not tackling this problem like a patchwork quilt.”

That means that all provinces receive the same resources to help address this problem.

The NDP’s New Deal for People offers a number of far-reaching policies to combat poverty and the New Democrats want to work with the provinces to launch a national basic income pilot project.

This project would create thousands of new homes for families in need and work to eliminate financial barriers to prescription medicine.

The Liberal government introduced Bill C-87 at the end of 2018, legislation aimed at reducing poverty in Canada, but it didn’t survive one debate at second reading.