Crews at BC Ferries Clean 50 Kilometres of Coastline 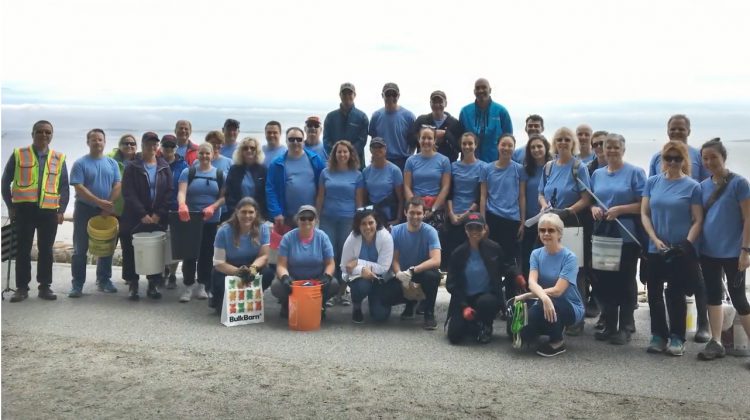 BC Ferries crew cleans up shoreline. Supplied by BC Ferries.

This clean-up happens every year and 20 events ran throughout the province.

Tessa Humphries with BC Ferries said this clean-up is just one way the transportation giant goes above and beyond to keep coastal BC beautiful.

“Our employees, they live and work in the communities where we operate, so they’re really dedicated to keeping those areas clean and it is an annual thing that we do every year, caring for the environment is very important to us at BC Ferries,” said Humphries.

“It’s just one of the ways we go above and beyond to help out with the environment,” said Humphries. “We’re a leader in North America when it comes to the use of clean and innovative technology that lowers emissions.”

The company will welcome two new Island Class ships into the fleet later this year.

The 1,725 kilograms of garbage picked up is one of the highest totals since the initiative began and Humphries said, “That’s a huge amount of garbage from the shorelines, a lot of employees took part in cleaning beaches in and around our terminals.”

The clean-up of BC beaches included staff from Haida Gwaii, the northern and southern gulf islands, the Sunshine Coast, the Lower Mainland, and Vancouver Island.