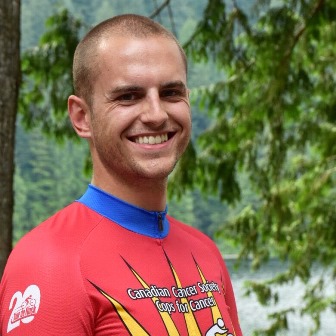 The Cops for Cancer Tour de Rock team is now into its sixth day of riding and the team rides from Parksville to Port Alberni today.

The tour arrives in Nanaimo, Ladysmith, and Chemainus on September 30 before heading to Lake Cowichan and Duncan the following day.

Local rider and Constable with the North Cowichan/Duncan RCMP Dayne Lyons said a lot is planned at Beverly Corners on Tuesday.

“We’re going to be there around two pm,” said Lyons. “There will be head shaves, hot dogs, and you can meet the team at Beverly Corners.”

Tickets to the Tour de Rock dinner are available at Coast Capital Savings at Beverly Corners.