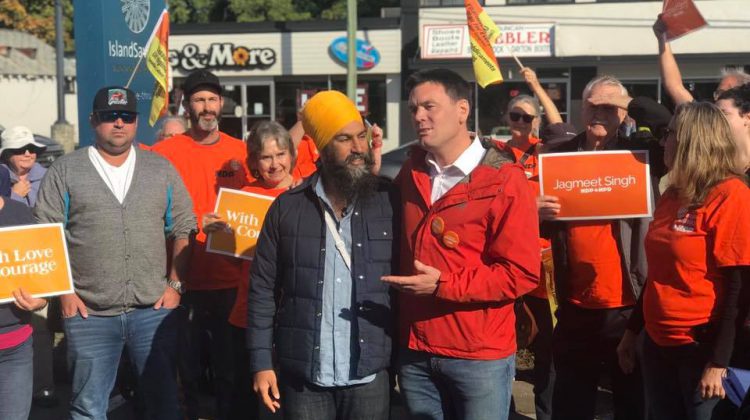 “We’re going to invest in building half a million new homes across Canada,” said Singh. “That’s going to help people here in the Cowichan Valley and here on Vancouver Island.”

Singh said people in immediate need would be helped by an NDP promise of a $5,000 dollar rental subsidy.

MacGregor is the incumbent in the riding. He’s being challenged by Alana Delong of the Conservative Party, Blair Herbert of the Liberals, Lydia Hwitsum of the Greens and Rhonda Chen of the People’s Party.