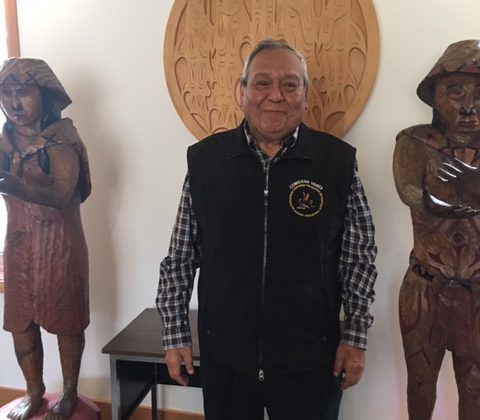 The Chief of Cowichan Tribes is responding to comments made by Elizabeth May of the Greens in a recent visit to Cowichan Bay.

May said if the Greens form the next government she wants to set up a framework for Indigenous communities to opt-out of the archaic Indian Act, several sections of which haven’t been updated since the 18-hundreds.

“It’s not going to happen overnight, it may not happen in four years with the government, but it has to become part of legislation, they’re going to work toward that,” said Seymour.

He added, “Until then, any discussions we have are just people taking notes. Once it goes into legislation, then it can carry on to the next government, whoever comes into power.”

May hinted that if the Green’s win the federal election on October 21st, the plan is to set up a framework for Indigenous communities to opt out of the archaic Indian Act, as a step on the road to reconciliation.

Seymour said he’s had discussions with Solicitor General Mike Farnworth and Auditor General David Eby about government-to-government relations, which is not something that’s happening with the Indian Act.

“We’re now starting to build up in those areas of governance and economic ability,” said Seymour.

May said the Greens would re-introduce legislation to implement calls to action of both the Truth and Reconciliation Commission and the Inquiry into Missing and Murdered Indigenous Women and Girls.

The Indian Act was drafted in the 1800s and amended in 1981, but Seymour called it “outdated.”