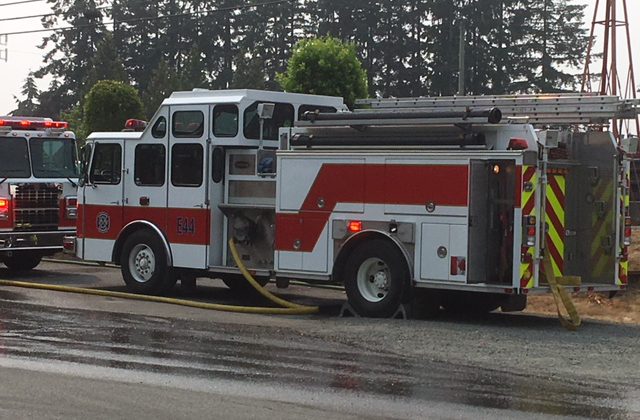 Fire truck. Sharon Vanhouwe, mycowichanvalleynow.com staff.
North Cowichan/Duncan RCMP continues its investigation into the cause of an early morning fire on Tribes land.
The RCMP said that the fire is not considered suspicious.
A total of eight people are now homeless and Cowichan Tribes is providing assistance.
Early October 14, firefighters from the South End and Maple Bay fire halls were called to a blaze that involved three residences in the 2800 block of Statlou Crescent.
A neighbour and an occupant of one of the homes woke up all the residents and helped them escape without any injuries.