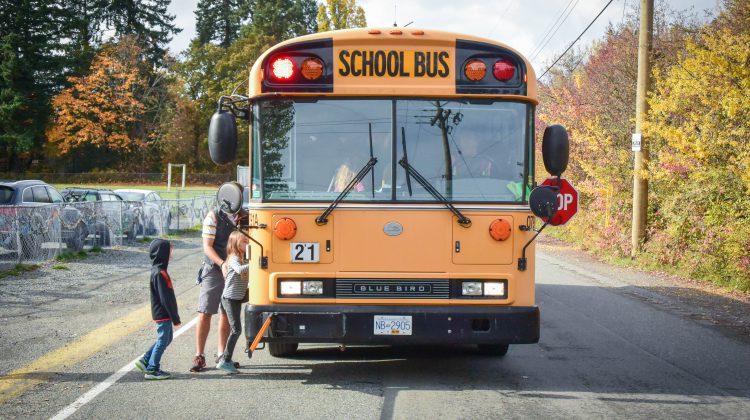 The RCMP and Cowichan Valley School District will work together again this year on a program where police shadow the district’s school buses. The idea is to catch and ticket drivers who do not stop when the red warning lights on a school bus are flashing.

Last year, the North Cowichan Duncan RCMP wrote five tickets and issued one warning for motorists who failed to stop for a school bus. Each ticket carries a fine of three-hundred-and-68 dollars.

Those lights and the small stop signs that extend outward from the school bus indicate that children may be crossing the road.

Carol Combs of Duncan has been a school bus driver for 15 years. She says most drivers are good, but there are those who stop but do not wait until it’s safe to go, and other motorists don’t want to stop at all.

Combs says she will use the air horn on her bus to warn children to step back if she sees that a driver is going to ignore the warning lights and go past the bus.

Student busing is a very safe form of transportation, but the area immediately around a school bus as it is picking up or dropping off children can become a hazard zone due to careless drivers.