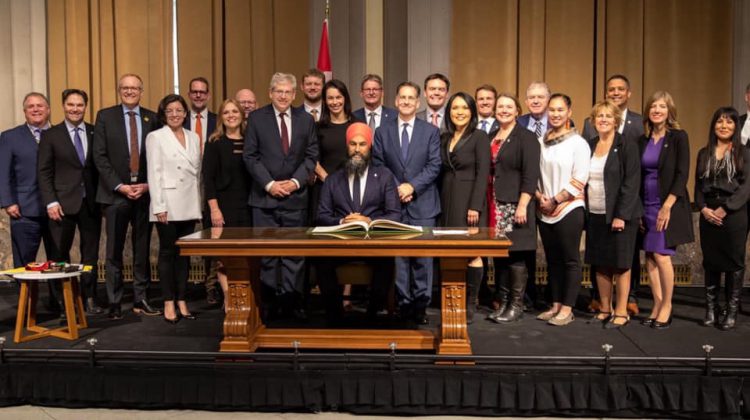 Cowichan-Malahat-Langford MP Alistair MacGregor was sworn-in for the 43rd Parliament earlier this week.

The NDP caucus is made up of 24 members and MacGregor explains the swearing-in process.

“We all gathered in the Sir John A. MacDonald Building, we had the clerk there, and a lot of members had their families and friends in the audience to watch it,” said MacGregor.

“We all went up one-by-one and swore an oath to Her Majesty, Queen Elizabeth II and we signed the role,” MacGregor said.

The Trudeau government has already unveiled the cabinet and MacGregor said one portfolio created by the government is a little odd, but now the discussions will begin with ministers to address some local issues.

“The one position of creating a Minister for Middle-Class Prosperity, I’m not sure how that role is going to fit, but it’s still a lot of familiar faces at the cabinet table,” said MacGregor.

“The ones who are there demonstrated in some way, some capability for the job. I know a lot of them very well and I’m looking forward to approaching a few of them in particular,” MacGregor said. ”