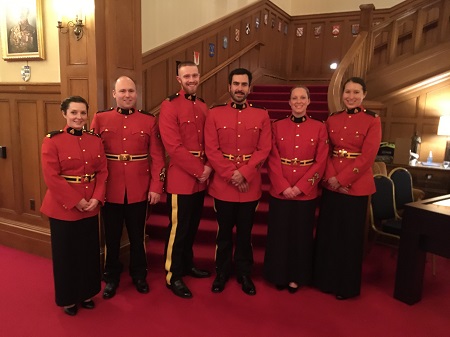 Several officers with the North Cowichan-Duncan RCMP have been recognized for outstanding service.

Five members of the detachment were presented with awards of valor during an awards ceremony at Government House in Victoria.

In December of 2017, police responded to an accident in Duncan where a vehicle with a woman inside was precariously perched halfway into a river.

Officers obtained ropes and hoses from nearby properties to stabilize the car and they were able to pull the woman to safety.

Two other members of the North Cowichan-Duncan detachment were given an award for Meritorious Service.

In December of 2018, Constable Leanne Szalai and Corporal Lita Watson worked to save a suicidal and intoxicated youth threatening to jump off a school roof.

The two officers were successful in getting the youth off the roof with the assistance of the Duncan Fire Department.