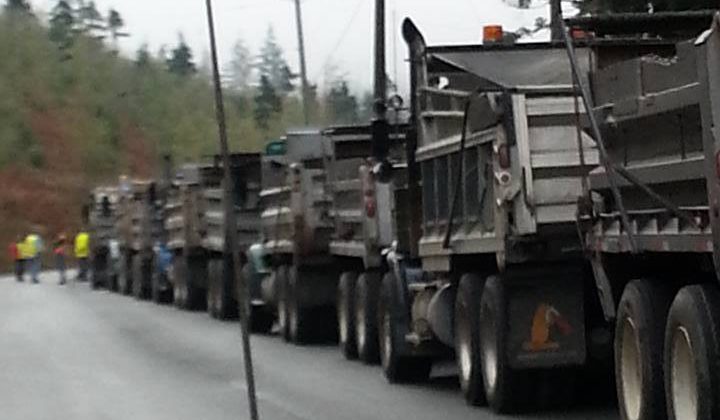 This is not the first time Cobble Hill Holdings hasn’t paid its property taxes and now the province is launching forfeiture proceedings against the landowner.

The contaminated soil issue has been ongoing for a number of years and despite the province assuming control of the Cobble Hill Holdings land, operated by South Island Aggregates, the Spill Prevention Order or the closure plan won’t be affected.

“The named parties on the spill prevention order are still required, under that order, to fulfill the conditions of that closure plan that has been agreed to by the province and they expect that to be done,” said Furstenau.

Cobble Hill Holdings owns lot 23, the site of the contaminated soil, and based on the track record of the landowner and the company operating on the site, South Island Aggregates, Cowichan Valley MLA Sonia Furstenau said community members have no confidence that proper procedures will be followed at this site.
“It is very difficult for the community to feel confident that things are going to be done properly at this site and the very important issue of drinking water is at the forefront of any decision that’s being made,” said Furstenau.
She added, “It’s very disappointing that this government hasn’t really recognized that there needs to be a solution around these kinds of decisions being made.”
Furstenau challenged the Minister of Environment in the legislature back in October, saying quote, “If the ministry doesn’t seem to have the capacity to enforce the rules of its orders and to bring about compliance, who is looking out for the public interest?”

The implementation of the closure plan has been delayed until mid-2020.