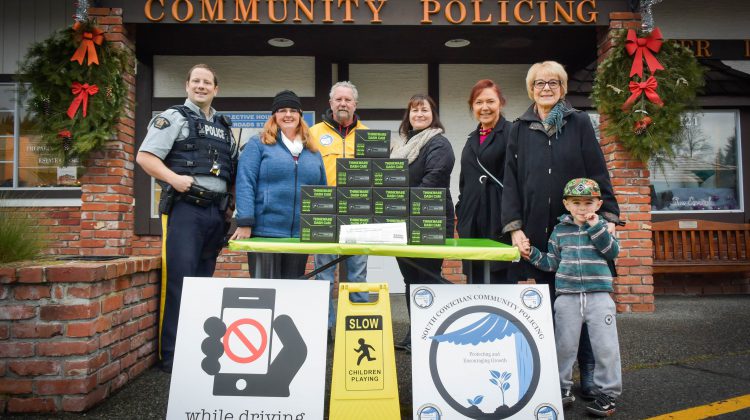 It’s a tragedy waiting to happen.

Drivers in the Cowichan Valley get a failing grade when it comes to obeying the stop signs on school buses, as 42 drivers were recorded blowing these stop signs on 18 school days, starting November 8.

To that end, the South Cowichan Community Policing Advisory Society has provided School District 79 with eleven dashcams to catch these dangerous drivers.

Communications Manager with the school district Mike Russell said these dashcams were a priority for South Cowichan residents.

“Those were seen as a need in the people of the community in the south end,” said Russell. “The South Cowichan Community Policing group down there heard that loud and clear from their community that they had concerns about the safety of their loved ones in and around buses, or when they’re waiting for bus, or getting on and off the bus.”

Russell said, “They (South Cowichan Community Policing) found this a priority, funded it and got us these amazing cameras.”

He said the schools in the South Cowichan will be equipped with these cameras.

“The buses that these cameras will be put in will service areas like Francis Kelsey Secondary, George Bonner, the Mill Bay Nature School, and Discovery Elementary,” said Russell.

Young students are relying on drivers to obey the school bus stop signs to allow them safe passage across the road. 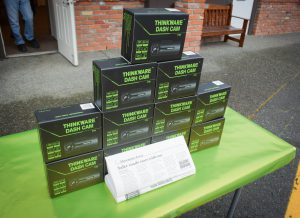