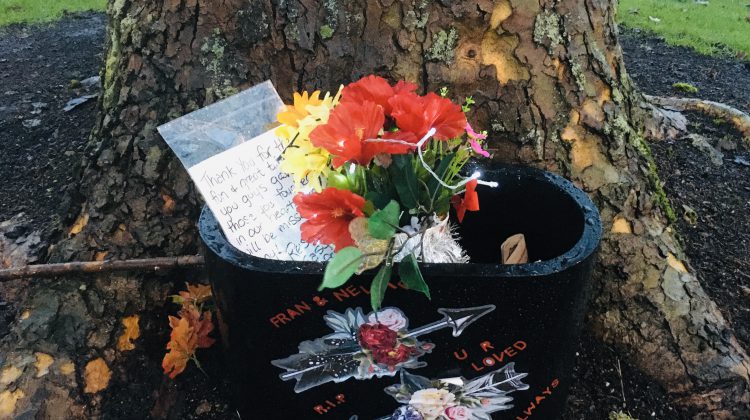 Photograph by Vista Radio News
A memorial has been created near Trunk Road and Duncan Avenue by friends of the victims of a deadly assault during the Christmas holiday.
Just before 11 o’clock on Christmas Eve, they were attacked in the area Trunk Road, Canada Avenue, and Duncan Avenue.
The victims’ names have not been officially released the police, but in Facebook posts and GoFundMe campaigns, the couple is identified as Nellie Williams and Francois Shurie.
The Vancouver Island Integrated Major Crime Unit and North Cowichan-Duncan RCMP are investigating the killings.
Police say their preliminary investigation suggests it was a targeted attack and they have identified two male persons of interest.