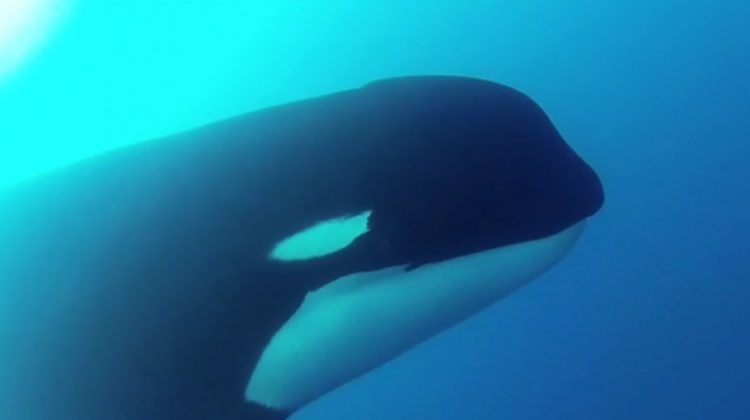 They’re nearly impossible to study because of where they reside, but a team of researchers has encountered what may be a new killer whale species.

In the waters off Cape Horn, about 60 miles out, researchers from the National Oceanic and Atmospheric Administration encountered a pod of 25 orcas swimming toward them.

Known as type-D orcas, these killer whales are shorter than the mammals that frequent our waters, have a more rounded head, a pointier and narrower dorsal fin, and a small white eye patch.

The waters off Cape Horn are notorious for having some of the worst weather in the world, making studying these killer whales nearly impossible.

Back in 1955, type-D orcas were first recorded, when more than a dozen were stranded in New Zealand.