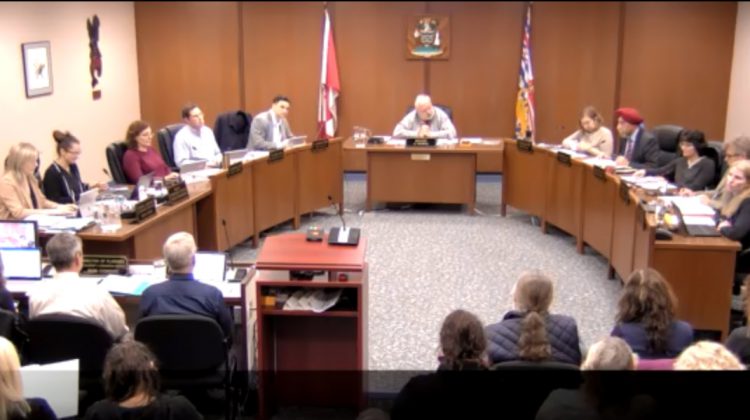 North Cowichan council has defeated a motion to pause development in parts of the municipality during the development of its official community plan.

Christopher Justice made a motion to pause development and while the public perceived this to mean a pause on all development, Mayor Al Siebring said that simply wasn’t the case.

“What he was trying to do was say, ‘you know, we want to restrict development in certain areas, ecologically sensitive areas, areas that we might want to take out of the urban containment boundary while we do the OCP review,’ ” said Siebring.

He continued, “Even there, staff would still have some discretion to approve rezonings or to approve subdivisions, or take rezonings to council.”

Siebring said he was against it because it went against the municipality’s legal mandate to engage in discussion with the public, the City of Duncan, the CVRD, Cowichan Tribes, and the Cowichan Valley School District.

“This motion tried to pre-empt that and say, ‘well, we’re pretty sure where the OCP review is going to end up, so let’s just re-draw the lines now on an ad-hoc basis.’ That was the problem that I had with the motion and I think that that was a problem that was expressed by some of the folks who stood up to speak last night,” said Siebring.

According to Siebring, the message from the public was, “let the OCP review do its work and let the community have input before you make a decision like this.”

The motion was defeated 5-2.

Cowichan Works, a group of landowners, business owners, realtors, contractors, property managers, financial consultants, and developers, among others, spoke against the motion.

The Bell McKinnon Residents and Landowners also spoke against the motion.