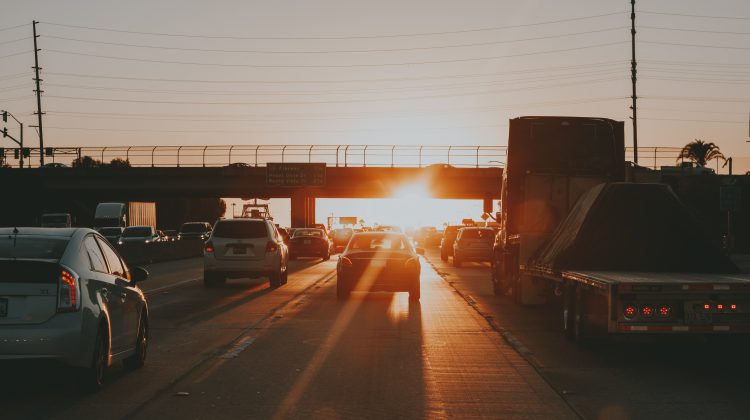 Photograph by Tamara Menzi
Research done in British Columbia and published in the journal Environmental Health says living near major roads or highways results in higher levels of dementia, Parkinson’s disease, and multiple sclerosis.
Researchers at the University of BC analyzed data for 678,000 adults in Metro Vancouver.
They discovered that living less than 50 metres from a major road or less than 150 metres from a highway is associated with a higher risk of developing dementia, Parkinson’s, Alzheimer’s and multiple sclerosis.
The connection is likely due to increased exposure to air pollution.
Weiran Yuchi, a Ph.D. candidate in the UBC School of population and public health is the lead author of the study and says “for the first time, we have confirmed a link between air pollution and traffic proximity with a higher risk of dementia, Parkinson’s Alzheimer’s and MS at the population level.”
The researchers, however, found that living near green spaces has protective effects against developing these neurological disorders.
Weiran Yuchi says more research is needed, but their finding suggests “urban planning efforts to increase accessibility to green spaces and reduce motor vehicle traffic would be beneficial for neurological.”
You can learn more about their findings at www.ubc.ca.