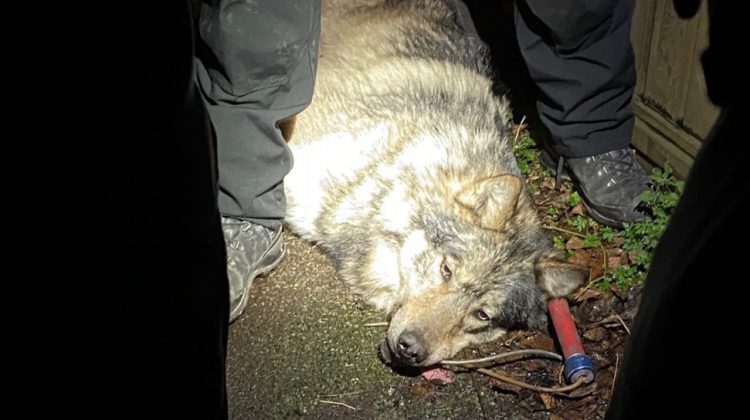 The wolf of James Bay is on its way home to the wilderness. It has been safely tranquilized and removed from the Victoria neighbourhood.

The police were called to the area Sunday afternoon when an Animal Control officer spotted the wolf.

It was first seen on Saturday afternoon trotting along Michigan Street. More sightings were reported, including one by a woman who photographed the wolf on her patio.

Just before three o’clock on Sunday afternoon, the wolf reappeared. Victoria police located the wolf and followed it,

They were able to contain it to a space between a fence and building, where it appeared to go to sleep.

Conservation Service officers arrived, tranquilized the wolf and removed it.