Show of Solidarity in the Cowichan Valley 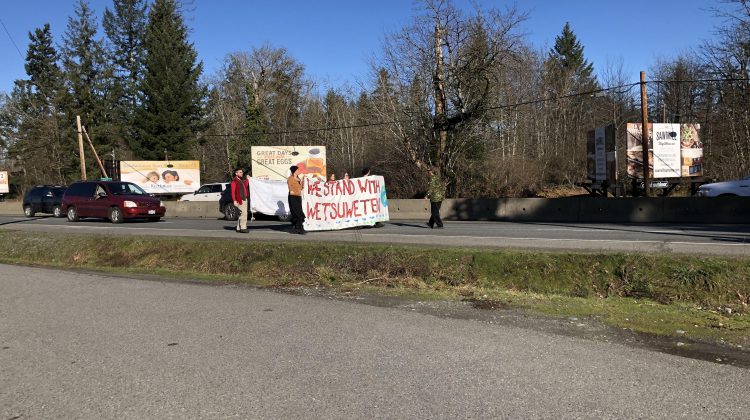 There was a protest to show solidarity for the Wet'suwet'en First Nation. Kyle Christensen, MyCowichanValleyNow.com staff.

There was a show of solidarity on the Trans-Canada Highway in the Cowichan Valley earlier today.

Supporters of the Wet’suwet’en First Nation near Houston, BC are standing behind the hereditary chiefs and members of the territory, who defy the development of a Coastal GasLink pipeline that is set to go through their territory.

On the last day of 2019, the BC Supreme Court granted Coastal GasLink an expanded injunction, to which the hereditary chiefs of the Wet’suwet’en responded by issuing the company an eviction notice, stating that the company was violating the laws of the First Nation.

A handful of people have been arrested at a pipeline construction site and many more arrests are expected in the coming days, as RCMP try to clear the area.

The $6.6 billion dollar pipeline would transport gas from northern BC to an LNG plant in Kitimat.