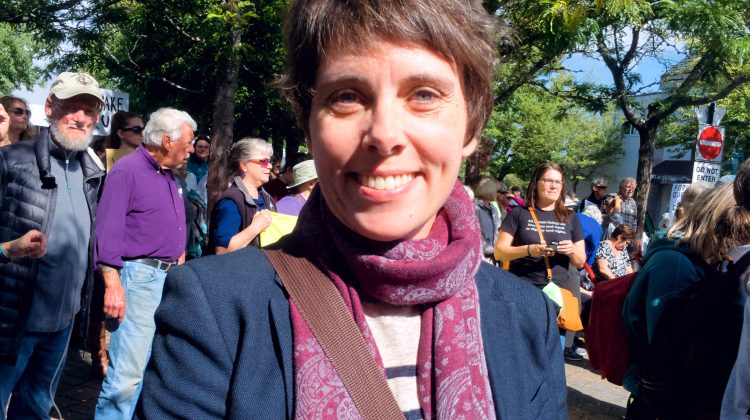 BC Green Party leadership candidate Sonia Furtenau says people are looking for someone to bring a new perspective to politics in British Columbia.

The Cowichan Valley MLA and Green Party House Leader is the only declared candidate in the leadership race at this time.

As she travels the province to gather support for her leadership bid, Furstenau says people she talks to express a desire for a fresh political direction in BC. She says we currently have the two old political parties in BC, the Liberals, and the NDP, which have “doubled down on LNG at a time when we should be transitioning away from that.”

Furstenau says the “innovative sector” is being pushed aside and BC is missing its chance to be in the front ranks of the world’s transition to a new and greener economy.

She believes that “BC is so well positioned with the opportunities we have in clean renewable energy,” and says the province should be focused on creating an innovative high-tech economy and small to medium-sized businesses.

Members of the BC Green Party will vote for a new leader between June 15th and 26th.