Is Bus Service to Nanaimo Coming to the Cowichan Valley 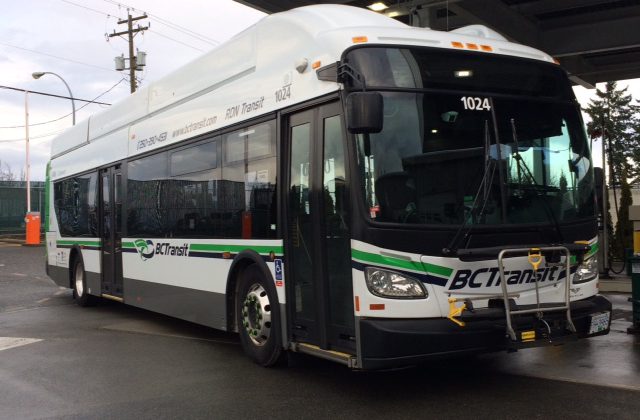 BC Transit bus. Sharon Vanhouwe, mycowichanvalleynow.com staff.
There is some public interest in having transit services between the Cowichan Valley to Nanaimo.
In its community satisfaction survey, the Cowichan Valley Regional District sought input on a bus route between Duncan and Nanaimo.
Approximately 30 percent of people say they might use transit service to Nanaimo.
Most would use it to reach the Duke Point ferry terminal, others would go to the Nanaimo Airport, or go do some shopping.
The CVRD’s Kris Schumaker said the regional district wants to find ways to improve transit service.
“We are looking at ways to improve transit service across the region and this was a great indication of areas for improvement, in terms of when people said they weren’t satisfied with transit, telling us how we could improve it,” said Schumaker.
Some of the areas people were focusing on were more frequent service or service available where residents live.
However, more than 50-percent of survey participants weren’t interested.
In fact, the majority of people in the Cowichan Valley Regional District do not use public transit.