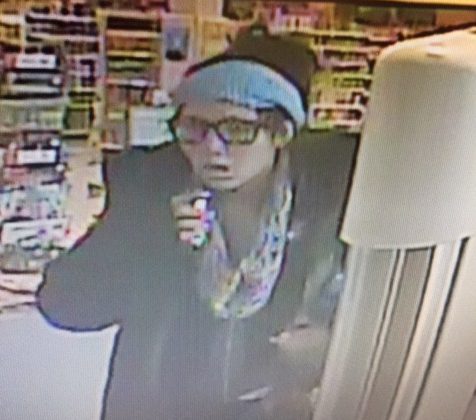 The police have released a photograph of a woman wanted in connection with a shoplifting incident in Duncan where two store employees were cut with broken glass.

The North Cowichan-Duncan RCMP says that on January 8th two pharmacy employees approached a woman suspected of stealing from the store.

As they spoke with her, the suspected shoplifter used a piece of broken glass to attack them.

The woman escaped as police were on their way to the scene.

The pharmacy employees were treated for minor injuries.

The suspect is an indigenous woman in her 20s with long curly black hair, about 5 feet, 7 inches tall, with a black fuzzy jacket and a flower headband.

The police have released a photograph of the woman taken by a security camera in the store.