BC Eclipses One Thousand COVID19 Cases 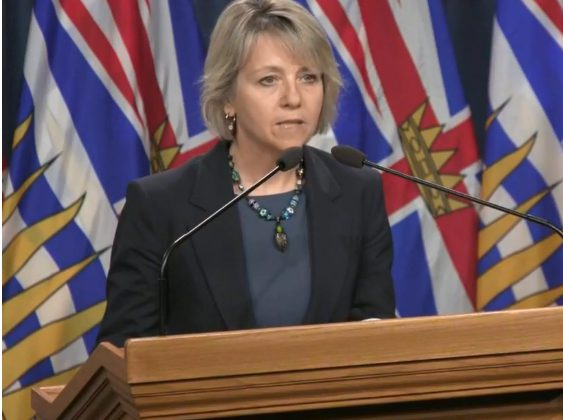 With the 43 new cases of COVID19 announced today, BC is now north of one thousand cases, bringing the total to 1,013.

There were five additional deaths announced, bringing the total in BC to 24, along with 128 people who are hospitalized, and 61 who are in intensive care.

There are 67 cases in the Vancouver Island Health Authority, including eight acute cases

Provincial Health Officer Dr. Bonnie Henry said once the first wave is over, likely in a few weeks, everyone needs to be prepared and take the necessary precautions in preparing for a second wave in the summer.

She added, “We’ll be going back to, likely, a very similar scenario to what we were six weeks ago.”

Henry explained that what healthcare workers were doing six weeks ago was a very active public health follow-up of anybody in the community.

“For right now we need people to be 100 per cent committed – all in – and it’s going to take a while and people are going to have to be patient these next couple of weeks, there some of the most important weeks so far,” said Dix.

Dix said, “It will be incredibly important to see what happens in the next couple of weeks and we’ve all got to be fully committed.”

Dix says there are 4,171 empty beds in BC’s healthcare system.

Nineteen long-term care homes have been impacted by COVID19, all on the Lower Mainland.

Interior Health is investigating an outbreak among temporary foreign workers at a nursery in West Kelowna.