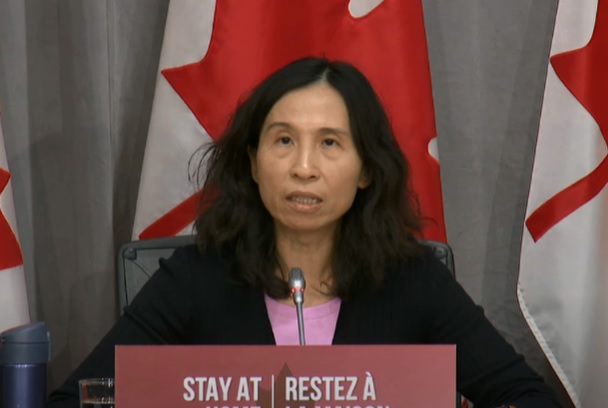 Canada’s Chief Public Health officer says modelling and analysis for the spread of COVID-19 in the country are expected to come shortly.  She says numbers coming out now can only help us know the direction we are in, but she says we are not expecting to know too much at this point.  As for Ontario’s epidemiological curve, Dr. Tam noted that the province is only at the beginning of its curve. She stressed the need to maintain our respective bubbles, calling on Youtubers, Gamers, and social media personalities to join Team Canada in the effort to plank the curve by using the hashtag #stayatahome.

Meanwhile, Canada’s Health Minister confirmed the federal government is asking retired health care workers to return to work. Patty Hadju says they are also looking at accelerating examinations for those close to graduating from medical school and nursing college.  Canada’s Chief Public Health Officer says Health Canada has initiated a recruitment campaign, asking those who have a public health skill set to apply.  Dr. Theresa Tam stressed that this is not the same as getting a license to practice as licensing is a provincial matter.

And, Canada’s Minister of Indigenous Services says to date there have been 15 confirmed cases of COVID-19 in Indigenous communities across Canada. Marc Miller acknowledged the historic barrier in trust for the government in Indigenous communities and says this is something leaders must work together to bridge in order to fight the spread of the virus.  Miller also pointed to the unique and essential need for air transportation in Inuit Communities, saying talks are underway to ensure support is provided.

**With files from Mo Fahim