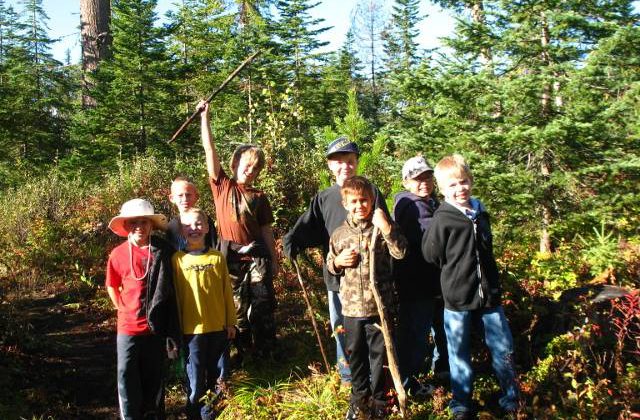 (Photo supplied by the Federation of BC Woodlot Associations, Facebook)

The Federation of British Columbia Woodlot Associations is encouraging kids to get out into their local forests and create.

It’s launching a video contest for children who might have family or friends with a woodlot licence in the province.

The FBCWA is asking woodlot kids to create a one-minute long video sharing their experience on their family woodlot licence, for a chance to win one of 12 $100 Indigo gift cards.

Communications Manager Lisa Marak says the contest gives kids the chance to get out of the house and let their creativity come out.

“It was started by a licensee up in the Nadina forest district who has four kids who are home right now and he just thought it would be a great educational initiative to get out into the forest and make it educational, informative, and fun.”

She added that the videos don’t have to be technical in any way, just a little project to keep busy during the COVID-19 pandemic.

You can submit the video by uploading it to Dropbox and sharing the link with admin@woodlot.bc.ca.

Marak says some of the videos might even get featured on The Federation of British Columbia Woodlot Associations Facebook page to help promote woodlot licences.

The contest will be open until June and if you have any questions, email admin@woodlot.bc.ca or call 250-765-6156.