Scrub caps Canada volunteers outfitting nurses on mid-island and beyond 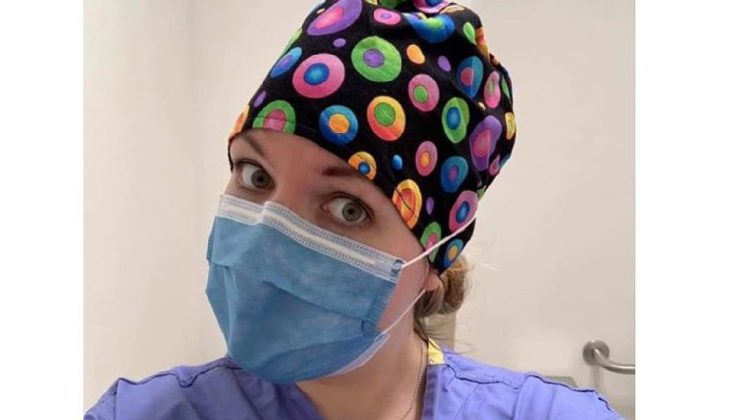 A Vancouver Island group devoted to making scrub caps for frontline workers is getting national attention.

They are made out of 100 percent cotton and Spencer says that so, far, volunteers have made and distributed roughly 186 of them to frontline workers and nurses.

One of those nurses, Allya Hutchins, works at Comox Valley Hospital.

Hutchins is Facebook friends with Spencer, who originally floated the idea of making masks for nurses at Comox Valley Hospital when the pandemic started.

“She called it her war effort,” Hutchins said. “At that time, I didn’t think we were going to be using cloth masks and I wasn’t sure if that was best practice, so I asked her to hold off.”

But Hutchins told Spencer that caps were “a really good option” for frontline workers at the hospital.

“So she started making caps at Comox Valley Hospital, basically just asking for us to help other people out, sending pictures of us with the scrub caps on… she just really wanted to help and do her part.”

“Lots of the nurses in the RT2 Unit, which is the unit where we would have potential COVID patients, or in our respiratory unit, or in our transitional care unit, all have these beautiful caps, which is an extra PPE that we have now, thanks to Louise,” Hutchins said.

She added that the initiative is moving well beyond the Comox Valley, including requests from Campbell River Hospital, long-term care homes, and from as far away as Quebec and Ontario.

Closer to home, Hutchins has picked up the caps either at the Courtenay Fabricland or from Spencer’s house in Campbell River, all while practising physical distancing measures.

“She just sort of leaves a bag on her yard,” Hutchins said with a laugh, “and I pick them up and run away.”

The scrub caps are “really useful,” according to Hutchins: “Some of the ladies have sewn buttons onto the caps, so we can just loop our masks overtop of the buttons on the caps, and that’s really helpful.”

Hutchins said Spencer is “wonderful” and wanted to find a way to say ‘thank you’ to her and all the other volunteers.

“I can’t describe it,” Hutchins said. “She (Spencer) basically has not wanted any recognition. This is a woman with a heart of gold and she would help anyone in Canada if she could.”