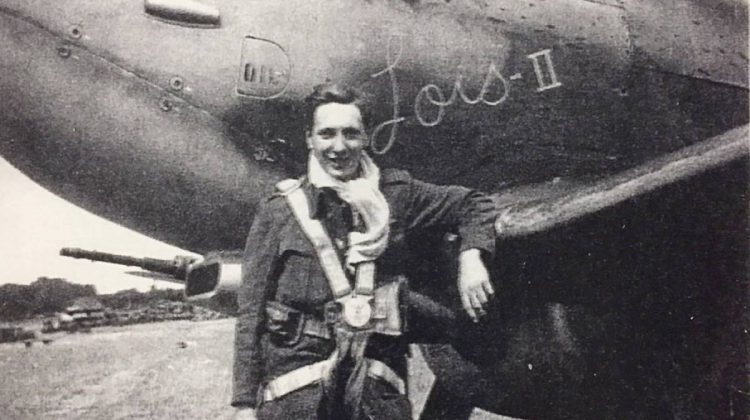 Today is the 75 Anniversary of VE Day – Victory in Europe Day.

Three-quarters of a century has passed since the German army in Northern Europe surrendered on May 5, 1945, and three days later, on May 8, 1945, World War Two officially ended in Europe with the surrender of Germany.

Ninety-seven-year-old George Brewster of Duncan still recalls the moment he heard the fighting had ended.

On the evening of May 5, Brewster was a Canadian fighter pilot test-flying a Spitfire that had been sent to them at their airbase in Holland.

“It was after the evening meal, and they asked because I was always willing to test the aircraft. I’d fly every chance I got, whatever plane, because I loved flying and I’d test-fly a plane to its limits, as far as I could, because it’s the only way to stay alive, as far as I could see.”

Brewster was in for a surprise when he radioed the control tower to request permission to land. The answer was, “negative, we’d like you to do some victory rolls over the base.”

Brewster wondered, “does that mean what I think it does?”

After confirmation that the fighting had ceased, Brewster decided he would fly over the base upside down, a forbidden maneuver, then did a half-roll and flew the spitfire straight up while doing spirals.

However, Brewster says an even more difficult maneuvre was yet to come.

The base was protected by several batteries of anti-aircraft guns, “and they just burst into action and I darn near got shot down.”

He says he didn’t know if they were shooting at him because of his crazy aerial maneuvres or just celebrating the end of fighting.

Brewster recalls that in the days leading up that day, “things were changing and the Germans were more reluctant to engage because they no longer held air superiority.”

However, he pays tribute to their bravery and came to respect the German pilots.

Looking back on his time flying the Spitfire he says, “I know they were the sweetest airplane I ever flew, it was just like riding the best of horses, or having, I don’t know, it’s just an indescribable feeling.”

George Brewster lives quietly in Duncan with his second wife and now volunteers his time to work with cadets and other youth groups.

Brewster’s wife worked as a counselor and he says they both find time to help others, “because we believe we still have something to do.”

However, when he talks to young people he doesn’t advocate the use of force when resolving differences among nations.

“I think it’s important that we encourage them to know that war is a last resort.”

Brewster says he didn’t want to fight, but as a young man with no family he didn’t feel he could “just stand by,” and so he voluntarily enlisted.

He adds that hundreds of thousands of Canadians felt the same way.