One Man in Hospital Following Crash in Langford 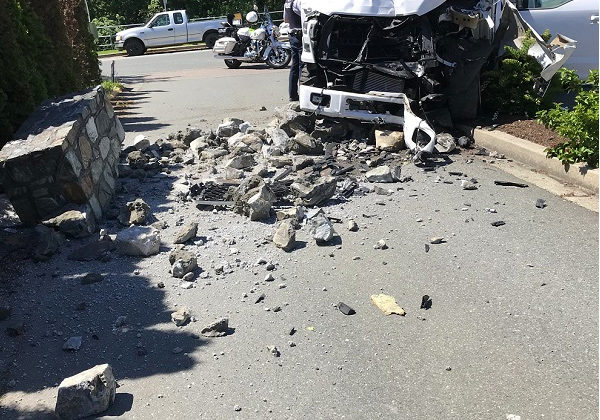 The driver of an F150 truck is in hospital following an accident in the early afternoon Monday.

West Shore RCMP responded to a single-vehicle collision at McCallum Road and Cavalcade Terrace in Langford.

Investigators have determined that the truck was traveling on McCallum Road, when it crossed into the oncoming lane, went over a sidewalk, hit a maple tree, and crashed into a rock wall on the front lawn of a nearby home.

The home was in the 800-hundred block of McCallum Road.

The driver was the only occupant in the vehicle and police located a small number of narcotics and are investigating whether impairment was a factor in this incident.

The driver was the only person injured in the crash and police found the person unresponsive.