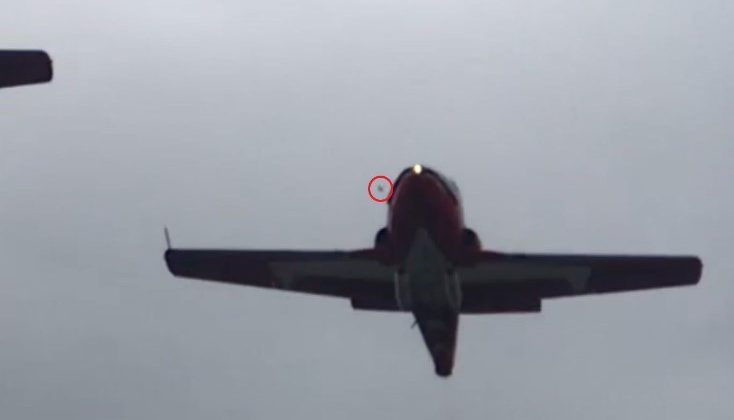 Photo of bird in close proximity to Snowbird Tutor jet that crashed May 17 in Kamloops, B.C. (Supplied by RCAF)

Investigators will be focusing on whether a bird caused the crash of a Canadian Forces Snowbird jet.

An investigator with the Department of National Defence’s Airworthiness Authority released a statement earlier today, “A detailed analysis of video footage recovered for the investigation revealed one bird in very close proximity to the aircraft right engine intake during the critical phase of take-off.”

The crash happened on May 17th in Kamloops when the jet crashed into a residential area.  Captain Jennifer Casey died and the pilot Captain Richard MacDougall is recovering from injuries.

The pair ejected from the jet before it was destroyed on impact.

The investigator’s statement concluded, “The investigation is focusing on environmental factors (birdstrike) as well as the performance of the escape system.”

The Snowbirds were on a cross country mission called Operation Inspiration to lift the morale of Canadians and honour frontline workers during the COVID-19 pandemic.