More Than 30 Percent of Students Have Returned to School 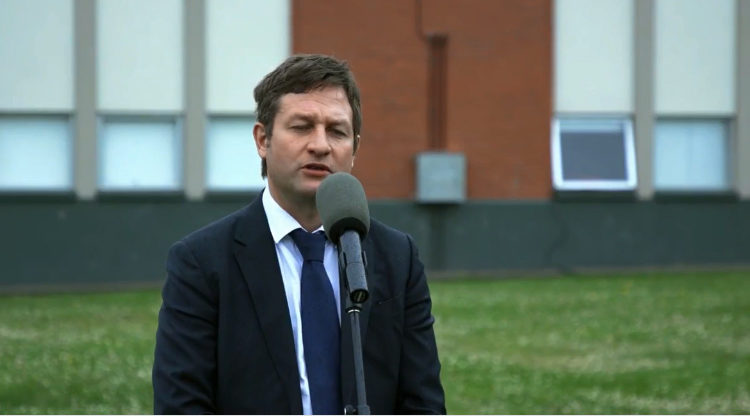 Rob Fleming makes announcement about students returning to school. Supplied by Government of BC Facebook feed.

As the Province continues phase two of the restart, more than 60,000 students returned to school in each of the last two days.

Of course, it’s not mandatory that children return to classes, as those parents who aren’t comfortable with their kids returning to school are still covered through online instruction.

“About one-third of kids in British Columbia are utilizing the return to part-time, limited, in-class instruction, and teachers are supporting the other kids who don’t return through the continuation of remote, online learning,” said Fleming.

“We’ve seen the teachers and school-based teams really step up to be creative about this,” added Fleming.

The plan is to start a gradual return to classes in the next month and, depending on the COVID19 numbers, implement a full return by September.

Unlike BC, Saskatchewan, Alberta, and Nova Scotia are going to keep schools closed until September.

The death of George Floyd in Minnesota last week has resulted in protests all over the United States and here in Canada and, to that end, Fleming said he has sent a letter to the Black History Association about potential curriculum changes.

“Every February we celebrate Black History Month and they have put out a call in the past to have additional learning opportunities around the rich history of the black community in British Columbia,” said Fleming.

“A lot of kids are coming back to school and they’re interested in resuming learning various subjects, but a lot of them are very interested in talking about current events, including what we’re seeing in the United States,” said Fleming.

The parents who don’t feel comfortable enough to allow their kids to return to in-class instruction will continue on with the virtual classes.

The hybrid model made up of in-class and virtual learning is expected to continue in some capacity come September.