Retail and Service Surcharges Largely Unwelcome in BC 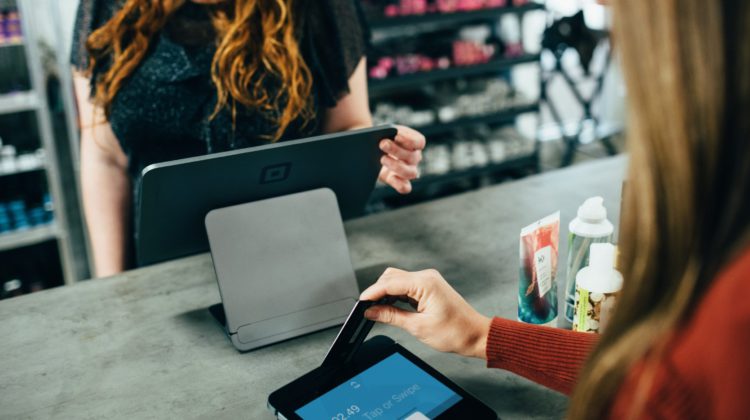 Would you pay more to help a business get back on its feet?

Businesses are experiencing a decline in customers at the same time as they face increased costs associated with physical distancing requirements and stringent cleaning and disinfecting. 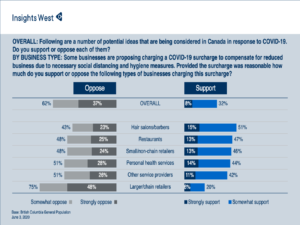 A survey by Insights West found BC residents are mostly opposed to special COVID-19 surcharges.

However, a majority are prepared for the reality that things may cost more in a post-pandemic world.

Sixty-two percent of British Columbians do not want to see businesses charging a COVID-19 surcharge. Within that group, 37 percent report being strongly opposed and a smaller proportion, 25 percent, are somewhat opposed.

Fifty-two percent of younger residents in the 18-34-year-old range are less opposed to the idea.

Sixty-three percent of people from 35 to 54 are opposed to surcharges and that rises to 65 percent among people 55 years or older.

The Insights West poll found opposition to the idea of surcharges lessens depending on the sector.

Some industries would be considered to have more justified for an extra fee.

One example is hair salons, with a slim majority of 51 percent within the province supporting surcharges,.

For restaurants, 47 percent would support the idea of paying extra, and other small businesses would be supported by 46 percent if they added surcharges.

When it comes to large chain retailers charging extra to deal with additional costs related to the pandemic, 75 percent of people in BC are opposed and only 20 percent would agree.