Hawk on the Road to Recovery Thanks to RCMP, BC Conservation Service 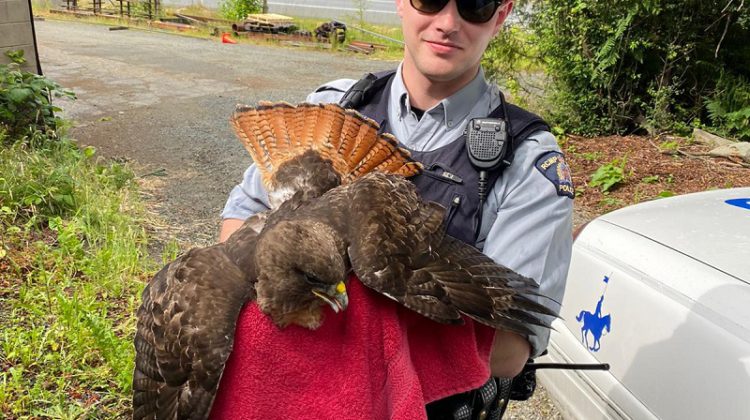 An injured red-tailed hawk is in the best hands following the RCMP and the BC Conservation Service working together.

North Cowichan/Duncan RCMP Constable Hicks responded to reports of an injured bird hopping around for 20 minutes in the Cowichan Bay area and when Hicks approached the bird, it couldn’t fly away.

Police contacted the Raptor Rescue Society and once the bird was captured, a BC Conservation Officer transported it to the Raptors intake centre in Duncan.

After the hawk was assessed, it was sent to a veterinary clinic for treatment.

The Raptors specialize in caring for injured birds of prey with the goal of returning them to the wild once they have recovered.