Elizabeth May Endorses Furstenau in BC Green Party Leadership Race 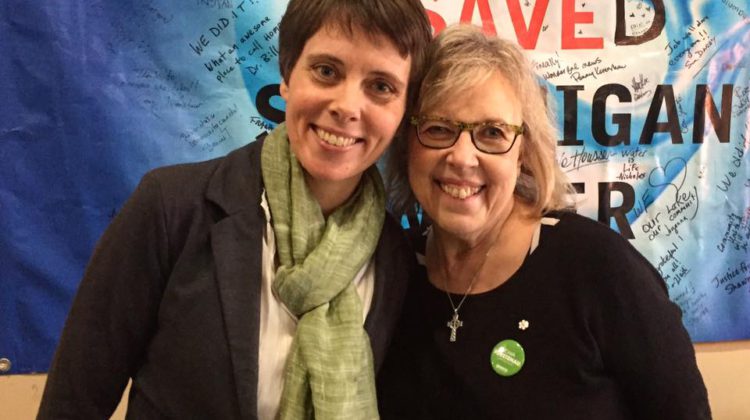 Sonia Furstenau and Elizabeth May. Photo supplied by Jillian Oliver.

A political heavyweight is endorsing Cowichan Valley MLA Sonia Furstenau in her candidacy to become the next leader of the BC Green Party.

Elizabeth May calls Furstenau a proven leader, a champion for water, and someone who stands up and speaks on behalf of our natural world.

“(She’s) regularly recognized as the hardest working MP in Canada, I’m truly honoured to have her endorsement,” said Furstenau.

Furstenau said, “(Elizabeth) May was someone who was an inspiration to me as a politician for many years and has been a mentor for many years. I so appreciate how she has approached her role as an MP, has worked across all party lines, and moved things forward as (for a long time) the only Green MP in the Canadian Parliament.”

Furstenau said her leadership campaign is about providing common-sense solutions that will make BC more equitable, sustainable, and resilient.

Another pioneer, Andrew Weaver was the first leader of the BC Green Party, but he stepped down in January, citing personal reasons for the decision.

Furstenau is up against Kim Darwin in the leadership race.