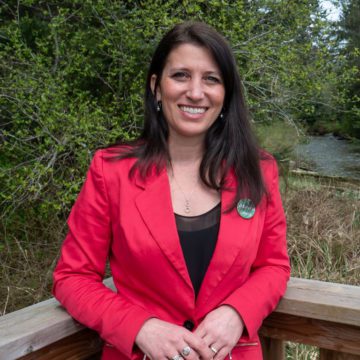 The Coronavirus pandemic has changed the way we do things in Canada and a candidate running in the BC Green Party leadership had to rework her entire campaign strategy.

Kim Darwin is running against Sonia Furstenau in the leadership contest and Darwin says her original campaign strategies had to be thrown out and her campaign will now be virtual.

“Our campaign has transformed to be a digital campaign, predominantly through telephone, social media, emails, and hopefully British Columbians continue to be diligent with their social distancing, we’re hoping we might be able to do a few small, in-person, outdoor events, but time will tell,” said Darwin.

Darwin is the founder of an independent financial consultancy on the Sunshine Coast, she joined the BC Greens in 2014 and worked as a Provincial Council Secretary from 2014 to 2019 and after that, she was promoted to Vice-Chair.

“I can link fiscal, responsible investment with the climate action that British Columbia needs to see,” said Darwin.

Darwin ran in the 2017 provincial election, coming third in the race for the Powell River-Sunshine Coast riding.

The new leader of the BC Green Party will be announced September 14 and the next candidate application period runs until July 27.

You need to be a registered BC Green Party member or supporter to vote in the leadership race and the registration deadline is September 2.

The voting period is between September 5 and 13.