Threats to Tear Down Indigenous Artwork in Pender Harbour Condemned 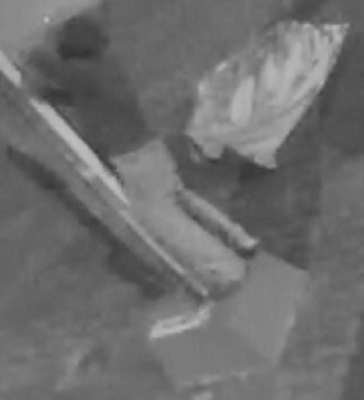 Image provided by the RCMP

Politicians and RCMP on the Sunshine Coast are condemning a threat made against a pair of Indigenous totem poles at a high school in Pender Harbour.

Someone tied a banner to the two poles outside Pender Harbour Secondary School threatening to tear them down.

Police say the school’s principal reported it on Tuesday morning.

The threat to damage the totem poles was spray-painted on the banner.

The RCMP says that given the sensitive nature of the threat, they are working diligently to find the person responsible.

Police say there is no tolerance for this type of behaviour.

Indigenous Relations and Reconciliation Minister Scott Fraser says there is no place in BC for this kind of racism.

In a joint statement, they say these “ignorant, cowardly and reprehensible acts” are contrary to the values of the people of British Columbia and Canada.

“We stand together with shíshálh Nation to denounce and condemn in the strongest possible terms the racist anti-Indigenous vandalism that occurred on July 7, 2020.

They go to say that the province values a strong relationship with the shíshálh Nation.

“Together, we are focused on protecting the environment and promoting economic opportunity and growth for the shíshálh Nation and the entire region – work that benefits everyone who lives on the Sunshine Coast.”

They say everyone must stand up and oppose racism in all its forms.