Heatwave to End with a Bang 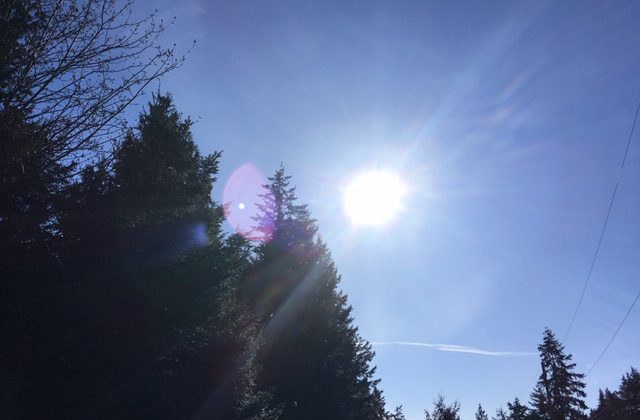 The hot weather is expected to stick around until Friday. Photo by Sharon Vanhouwe.

The heatwave continues in coastal BC, but an expert said record-breaking heat is unlikely.

Environment and Climate Change Canada Meteorologist Carmen Hartt said the California high hasn’t budged from its position from about a week ago.

“A ridge of high-pressure has just stalled over the southern part of British Columbia and the western coast of the United States,” said Hartt.

In terms of record-setting heat, Hartt said don’t bet on it, as the records are in the mid-’30s this time of year.

She said the gorgeous weather is going to stay with us until Friday.

“The sunshine is expected to stick around for most of the week, we will see a change in the pattern Friday. In terms of the heat today, it’s going to be another hot day with temperatures in the low ’30s, but temperatures are expected to moderate somewhat (Tuesday and Wednesday) with a little bit more cloud coming in, so the temperatures won’t be as hot,” said Hartt.

“Thursday is going to be another hot day and possibly the hottest day of this stretch of hot weather,” added Hartt.