Wildfire North of Cowichan Lake Being Held by Fire Crews 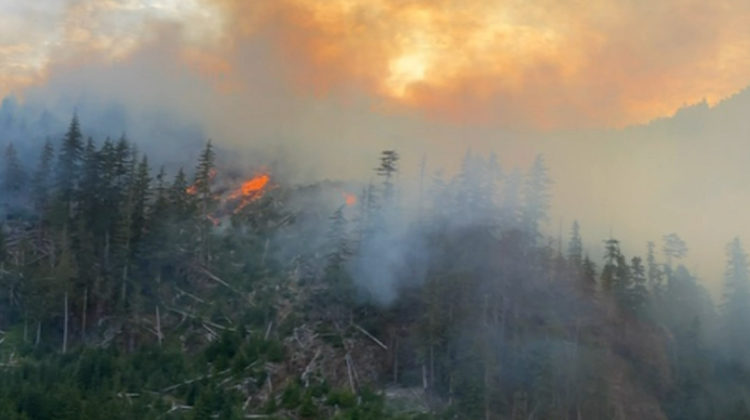 Photograph from BC Wildfire Service

A forest fire burning on Green Mountain southwest of Nanaimo and north of Cowichan Lake is no longer expanding.

Wildfire BC reports it’s status as “being held.”

The wildfire is believed to have been caused by a lightning strike and was first detected on July 31st.

More than 40 firefighters, supported by helicopters worked over the long weekend to contain the fire.

Temperatures cooled over the weekend, helping to slow its growth.

The fire is burning in difficult terrain and grew to about 16 hectares in size.