Doctors’ Group says Masks or Face Coverings Should Be Mandatory 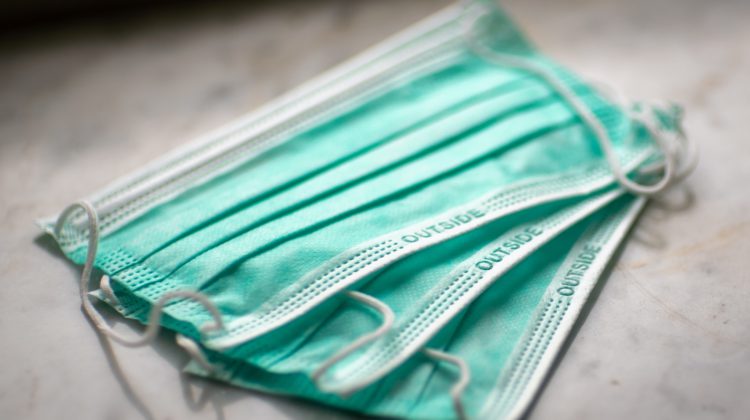 Dozens of B.C. doctors are calling on the province to make masks mandatory, province-wide.

Backed by more than 80 doctors, it asks for mandatory mask-wearing or the use of face coverings.

It also supports a public education initiative on the benefits of mask-wearing and its proper usage in limiting the spread of COVID-19.

The letter says, “recent studies showing that the use of masks provides source control and may provide recipient protection.”

“Furthermore, there is no evidence of harm from (the) use of masks,” the letter continues.

“If a 60-80 per cent public usage of masks can be achieved, we can significantly reduce the basic reproductive number.”

The group believes that the reopening of B.C.’s economy will “inevitably” cause an increased risk of community spread.

“With this in mind, a recent poll shows that 75 per cent of B.C. residents support a mandatory mask policy in public places,” the letter said.

“Also noteworthy is the poll result that shows 86 per cent of Canadians believe wearing a face-covering/protective mask on public transit should be mandatory. Mandating mask-wearing is important because previous public health interventions, such as seat belts and bicycle helmets, have required laws for increased compliance by the public.”

Specifically, the doctors recommend mask-wearing to follow the policies in ‘ACT’

The group also recommends that people with medical issues and/or disabilities, and young children be exempt from this policy.

“We do not recommend penalties to enforce the policy. Rather, we encourage education to help the public understand how to wear a mask properly, and the importance of masks for health and economic recovery,” the letter said.

The doctors also said the policy should be at the discretion of provincial jurisdictions as to whether mandatory masking is implemented, but in locations of high population density and/or where community spread is ongoing, it should be mandated.

They also say there may “be a role in regions where there is no community spread in order to prevent a new introduction of the virus.”

And last Thursday, she said it isn’t her expectation that we will require mandatory masking in indoor spaces.

“We know that it is an additional layer, on top of the other layers that we use to keep each other safe,” she added.