Update: The storm that brought a spectacular lightning show to Southern Vancouver Island last night has left a trail of new wildfires.

Dorothy Jakobsen is with the Coastal Fire Centre says they have received reports of at least 12 new forest fires.

She says ground and air teams are assessing the new fires.

One of the new fires is at Meade Creek north of Lake Cowichan, another is located south of Shawnigan Lake.

Near Ladysmith, there is a wildfire at Mt. Hayes and one of unknown origin reported near Oyster Sto-lo Road.

There are no reports of any fires threatening communities or rural homes.

Jakobsen says the lightning strikes covered an area from Sooke and across the Cowichan Valley and Nanaimo areas.

She says there are currently no reports of new fires north of Nanaimo.

Sunday was hot and dry in the Cowichan Valley as the thermometer rose above 33 degrees.

Preliminary data on the Environment Canada website shows the high was 33.7 degrees yesterday. The previous high temperature reported for August 16th was 33.4 degrees in 2010.

The images below are of lightning over Satlam Sunday evening. 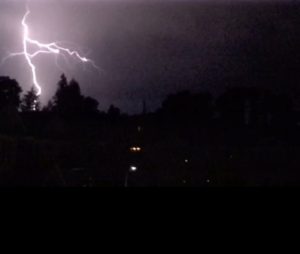 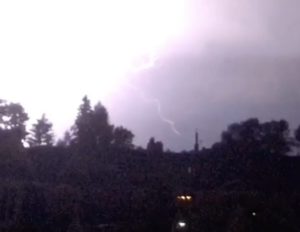 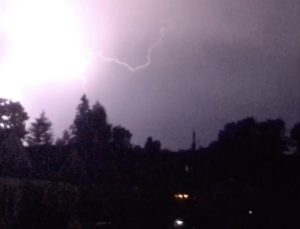 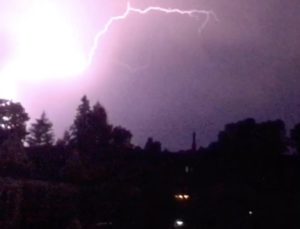 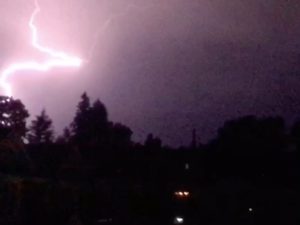