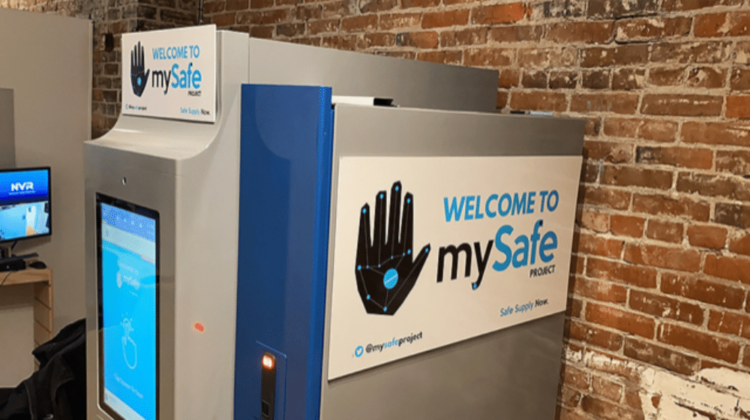 A pilot project that was launched in Vancouver to provide illicit drug users with a clean and safe supply of opioids is expanding its service to Victoria.

An automated MySafe Project dispenser is being installed in the city.

The machines, built by Dispension Industries of Nova Scotia for MySafe Project in Vancouver, look a lot like an ATM.

Using a palm scan, an addict gets a safe supply of a prescribed opioid from a secure machine.

Dispension Industries president Corey Yantha says the pilot project, that began in late 2019 in Vancouver’s Downtown East side and involves about 20 participants, is showing some positive results.

Yantha says program participants don’t have a need to steal in order to get money for drugs, they also don’t need to buy drugs on the street, which are now widely tainted with fentanyl.

He says there has been a reduction in overdoses and overdose deaths among participants, which should also reduce the burden on first-responders.

The machines dispense oral hydromorphone, and to be eligible for the program a drug user must have a history of overdoses, show traces of fentanyl in urine samples, and be examined by a doctor.

The MySafe Project in Vancouver was established by Dr. Mark Tyndall, a professor of medicine at the University of British Columbia’s school of population and public health.

It is a safe supply initiative that was created to be a response to the overdose crisis.

It’s goal is to provide a safer, regulated supply of opioids to prevent drug overdoses.