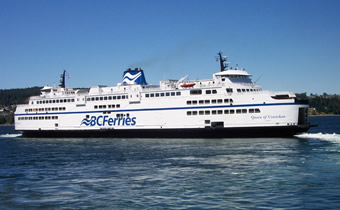 BC Ferry Commissioner Gord Macatee says BC Ferries has done a good job getting costs in line, but more is requires to keep fare increases down. Macatee released his proposal for price caps today.

It calls for an average fare increase across all routes of 1.9 per cent a year, stating in April 2016.

Fares are set to rise by 3.9 per cent on April 1 of this year, which is the final year of the current performance term.

Jef Keighley is with BC Ferry Coalition based on the Sunshine Coast.

He says allowing fares to go up, even at close to the rate of inflation, is not sustainable. By his estimate, fares have already gone up close to 17 per cent since 2012.

Keighley says the Coalition will respond to the Commissioner, in the hopes of driving home the point that the province needs to step in. Public comments are being accepted until June 30.