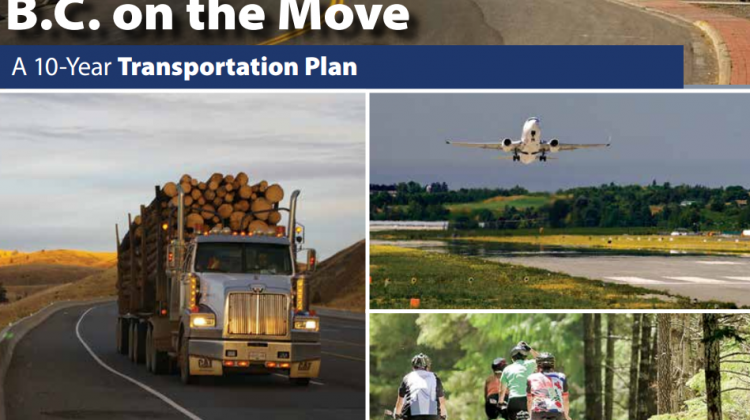 Transportation Minister Todd Stone was in Nanaimo on Wednesday morning promoting BC on the Move, the province’s new 10-year transportation plan.

He says the province is committing $2.5 billion to maintain and replace aging infrastructure, boost the economy and improve safety.

As for the idea of building a new highway to Port Alberni, Stone says they’re also working on a business case for an improved link.

Stone says a bypass through Duncan is also on their radar, but for now it’s not in the cards.

He says BC on the Move includes $312 million earmarked for BC Transit, including a small funding increase in the first year. He says there will be no increases for BC Transit in the second or third year of the plan, but he argues BC already spends more on transit per capita than any other province.

Stone says, like all Crown corporations in the province, BC Transit is being asked to find efficiencies and administrative savings to rein in costs. He says if they do that, they should be able to maintain current levels of service across the system.