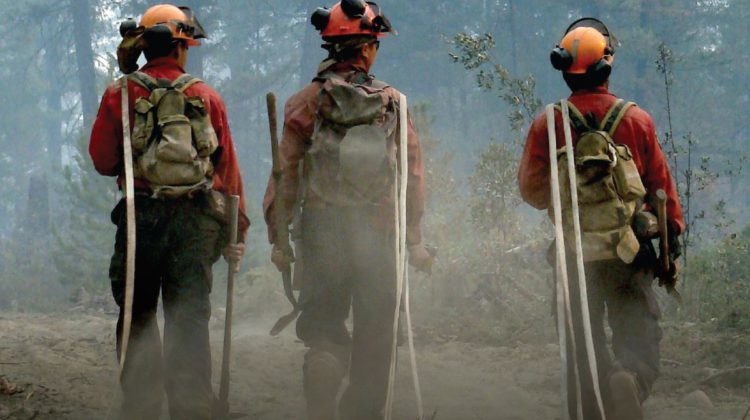 Photograph courtesy of BC Wildfire Service
Firefighters have quickly brought a small wildfire near Ladysmith under control.
The fire was in the Woodley Range Ecological Reserve.
Donna MacPherson with the Coastal Fire Centre in Parksville says they were able to contain the fire to 0.15 hectares in size.
She adds that a crew of five firefighters is still working on the fire to patrol the scene and extinguish any hot spots.
She adds there was never any threat to buildings or structures in the area.
The fire was discovered Tuesday afternoon and is believed to have been caused by a person.