Do you remember Howard; the world’s largest gnome that moved from home? 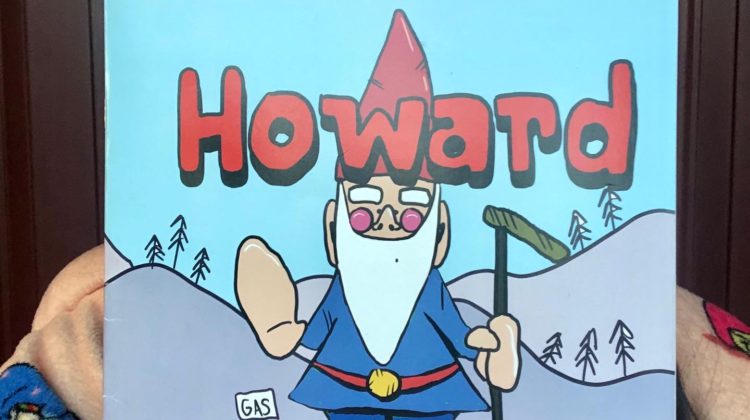 Lindsay Ford has crafted a story about what happens when Vancouver Island's Howard the Giant Gnome moves away from home. (Supplied by Bread+Clutter)

There is literally a new chapter in the story of Howard the giant gnome, that used to sit near the Nanoose Esso station.

The Gnome was part of a mini-golf attraction, decades ago. When he reached a serious state of disrepair, and the owners couldn’t afford it, he was sold to Galey Farms near Victoria. 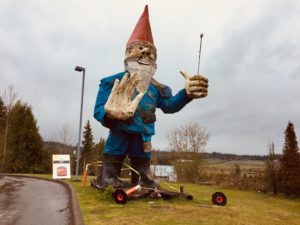 Howard, listed in the Guinness Book of World Records as the world’s tallest garden gnome, moved from a Nanoose Bay gas station parking lot off of Highway 19 last year in May of 2019.

His structure was in desperate need of repair and Howard, like many of us, was forced to move from his home.

Moving is a time of great change, which brings about feelings of fear in the unknown. We must uproot and plant ourselves in a whole new life. We find ourselves being the “new kid”. For a while, it was unknown where Howard would go, but he couldn’t stay in Nanoose and the idea of a homeless Howard was fast becoming a possibility. How would that look?

Local Vancouver Island author and illustrator and independent publishing house, Bread+Clutter, has turned the story of Howard’s big move into a children’s book. Written and illustrated by local artist, Lindsay Ford, the story explores what happens when a giant moves away from home. She explores what moving would look like for a giant garden gnome who was much too big for the roads and the trucks and perhaps even his new home. How would Howard move? And the even bigger question, would Howard get homesick?