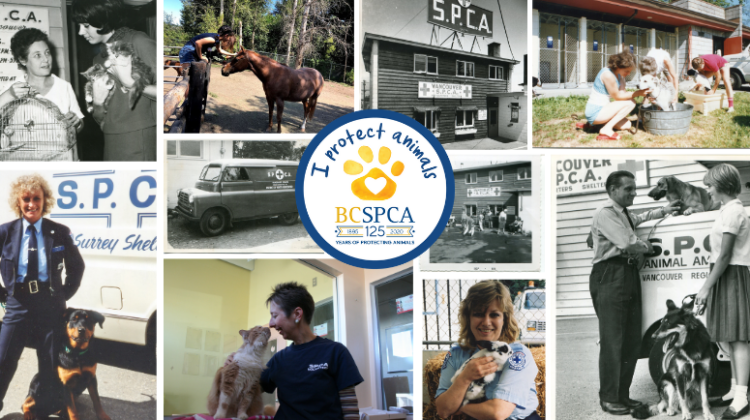 BC SPCA celebrates 125 years (Photo supplied by: BC SPCA website)

2020 marks a historic milestone for the BC SPCA.

It celebrated its 125th anniversary this past Monday, and was given a special proclamation from the BC government to highlight its impact through the years.

Since its inception, the non-profit animal welfare organization has helped more than a million injured and abused domestic, farm and wild animals.

“The BC SPCA came into existence because of the mistreatment of horses who were being used to haul heavy materials in B.C.’s booming construction economy at the turn of the 20th century,” says CEO Craig Daniell.

“A small group of clergy, journalists and businessmen concerned about the abuse of these horses successfully lobbied the government to create laws to protect animals in 1895 and the BC SPCA was created as part of that legislation (later amended to the Prevention of Cruelty to Animals Act) as a body to enforce the laws.”

Since that time, the BC SPCA has provided life-saving care for tens of thousands of injured, abused, neglected and lost animals each year.

“Often people think of the SPCA as only caring for cats and dogs because that’s what they see in our adoption centres, but in reality we care for all animals – from hamsters to horses and from owls to otters,” says Daniell.

He says the key to the BC SPCA’s longevity and achievements are the people who are passionate about protecting the province’s most vulnerable animals.

“Our programs and services are funded almost entirely by donations. In the past 125 years we have provided millions of dollars in community services for animals. It is the kindness, generosity and compassion of our incredible partners – our donors, our 5,500 volunteers, our corporate and community sponsors and our hardworking staff – who make this life-saving work possible.”

From its early beginnings as an advocacy group, the BC SPCA has grown to become one of the largest animal welfare organizations of its kind of North America, with 44 locations across the province, including one right here in the Cowichan Valley.

It also offers many unique programs not offered anywhere else in Canada, such as a department focusing specifically on protecting farm animals.

Last year, in addition to responding to 8,000 complaints of animal cruelty, the BC SPCA provided care for nearly 48,000 animals in need, with emergency veterinary care, sheltering and adoption, and rehabilitation for injured and orphaned wild animals.