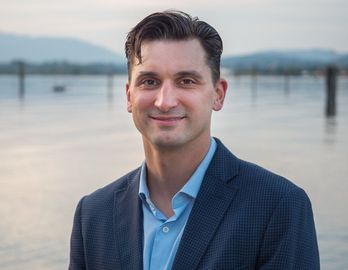 North Cowichan municipal councilor Rob Douglas has been chosen by the Cowichan Valley NDP constituency association to be its candidate for the October 24th provincial election.

Douglas is a member of the North Cowichan Council, and prior to that was a director on the Cowichan Valley Regional District board.

Douglas also served as a director on the boards of several local social organizations such as the Cowichan Land Trust, Volunteer Cowichan, Cowichan Elder Care Co-operative, and the valley’s chapter of the Council of Canadians.

His online bio says Douglas is a government policy director and has worked on developments for post-secondary education and training, Indigenous matters, immigration, agriculture, and natural resources.

The provincial Liberal Party in Cowichan is being represented in the October 24th provincial election by Tanya Kaul, the recreation programmer at the Cowichan Valley Regional District.

According to Kaul, too many local issues have gone unnoticed and neglected under the NDP and Green Party.

Kaul posted on Facebook that it is time to find alternative solutions to the growing homelessness in the valley and make sound environmental decisions to protect natural resources.