What Tires are you Driving Around On? 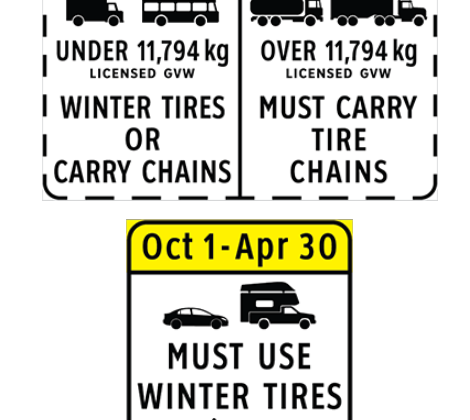 Drivers are expected to have their winter tires installed now. Supplied by BC Transportation and Infrastructure Facebook page.

Drivers are expected to have winter tires installed on their vehicles.

As of October 1st, you must have winter tires for certain roads and highways in BC.

This includes all of Vancouver Island’s highways to the west coast, highway 19 North of Campbell River, and the Coquihalla.

Even if you’re not hitting those roadways, you want to have enough tread depth to help avoid hydroplaning.

The common practice on Vancouver Island is for drivers to get these tires installed when the bad weather hits, but it’s always best to get it done ahead of time.

“It takes about an hour to change over snow tires and then, all of a sudden when the snow flies and the ice is out there, you get everyone pouring in at the last second,” said Hollett. “It just makes it a crazy day, you know.”

He said you want a specific tire to deal with Vancouver Island roads.

“Legit winter tires are just strictly a snow tire, they’re very aggressive for our climate,” said Hollett. “We get a lot more heavy, wet snow than we do ice, you don’t really want an ice tire in our climate, you want a good snow tire.”

Hollett says lots of people are remembering to act before the snow flies; he has two hundred tires already ordered for customers.

From October 1st to April 30th, the RCMP, Commercial Vehicle Safety and Enforcement (CVSE), and other policing agencies can issue fines or prevent vehicles from travelling if winter tires aren’t installed.

Drivers need chains to travel on some roads.

Fines (according to provincial government):