Construction on Dakova Square could begin soon in Duncan 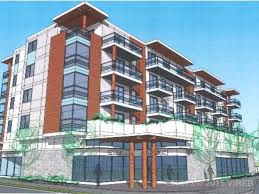 The Dakova Square project is on the verge of becoming a reality.

Duncan Council recently approved, albeit by a 4-3 vote, the development permit for the $11,000,000 five-storey commercial and residential building.

Developer Vlad Brcic is with the Dakova Group. He says the building, which will be located at the corner of Government Street and Trunk Street, will have a positive impact on downtown.

Brcic says construction will begin as soon as they get a building permit. In the meantime, he says they will start to prepare the site by putting up signage, fencing and a sales centre.