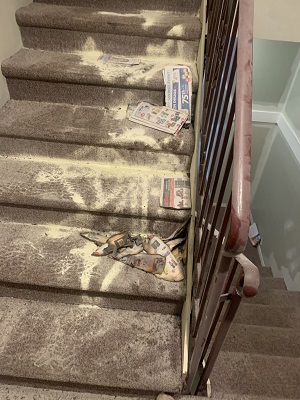 Nanaimo RCMP is blaming arson for two fires at an apartment building.

The fires were set in the stairwells of the Forrest Glen Apartments in the 44-hundred block of Wellington Road last Friday night and Saturday afternoon.

Burned paper was found at the scene of both fires and Nanaimo RCMP Constable Gary O’Brien said, “The quick response by tenants, one with a fire extinguisher, the other using a bucket of water, stopped the fire in its tracks and prevented any spread.”

One tenant said they heard several young voices running down the hallway, away from the first fire.

O’Brien said, “It is unknown if those people are involved but investigators would certainly like to speak with them.”

No one was injured.

If you have information about these incidents, call the Nanaimo RCMP non-emergency line at 250-754-2345.