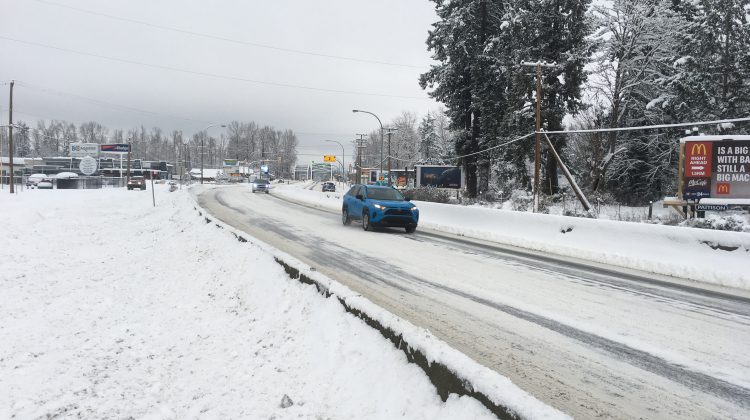 It’s a dirty word in these parts, but Environment and Climate Change Canada is calling for snow at higher elevations Monday.

Environment and Climate Change Canada has issued a Special Weather Statement and Meteorologist Jonathan Bau said the lower elevations and communities by the water are expected to get rain or mixed precipitation.

“Generally, we’re looking at snow above about 200 metres, so the Malahat hump, maybe some of the inland areas wherever you can get the pocket of cold air to settle in, probably see some snow,” said Bau. “Elsewhere, closer to the water (Nanaimo, Victoria, Powell River) at worst, we’re thinking maybe just mixed precipitation and no accumulations.”

Snow is also expected on the road up to Mount Washington.

Bau said a Special Weather Statement is meant to raise awareness about a change in weather patterns.


“Something such as snow, whether it hits criteria or not, it does have impacts on people’s lives since we don’t get it very often here in the South Coast,” said Bau. “A Special Weather Statement is usually more of a heads-up, be aware, we’re expecting a change in the weather, that kind of a thing.” 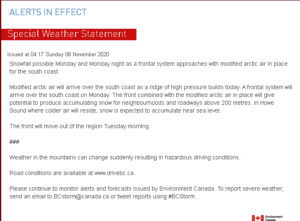 The system is coming from the Gulf of Alaska and is expected to arrive in Washington State Tuesday.

At higher elevations, two to four millimetres are expected to accumulate.