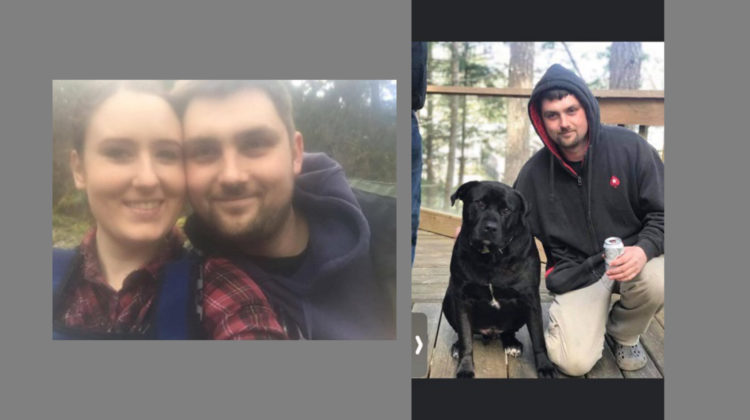 The search by Nanaimo RCMP and Nanaimo Search and Rescue continues for 32-year-old Cody Martin and 29-year-old Tamara Sandulak.

The pair reportedly went to the Nanaimo Lakes area on Wednesday for a day of fishing, but did not return.

The pair was reported missing on Thursday and the RCMP organized a search.

Martin and Sandulak are said to be experienced in the outdoors and have frequented the area a number of times for fishing and to pick mushrooms.

Nanaimo Search and Rescue volunteers have searched the area of the Nanaimo Lakes and Echo Lake.

The searchers are hoping to able to locate the couple’s vehicle, described as a burgundy coloured Dodge Ram 1500 pickup, with the license plate number NV9240.

The couple’s dog, a black lab cross that goes by the name of Rex, is with them.

Search and Rescue crews from Cowichan and Arrowsmith were expected to join in the search on Friday.

By late yesterday afternoon, the RCMP reported there were about 50 searchers and two helicopters were in the area where the couple had said they were going.

The RCMP says if anyone has information on their location, please call 911 or the Nanaimo RCMP non-emergency line at 250-754-2345.