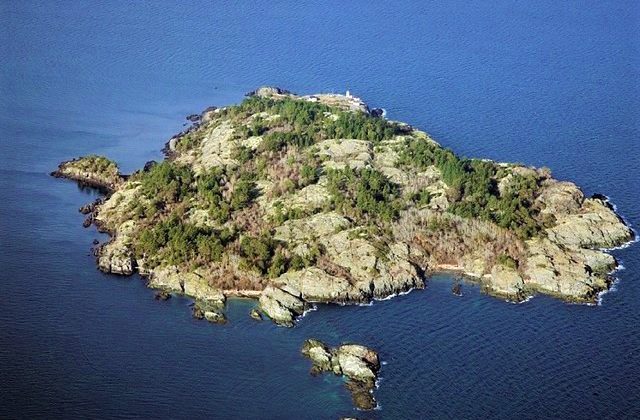 Photograph of West Ballenas Island provided by BC Parks Foundation

A group of grade nine students in Parksville cut and sold firewood to help the BC Parks Foundation raise the money it needed to buy an island in the Strait of Georgia for the purpose of creating a new provincial park.

West Ballenas Island, located in the Salish Sea near Parksville, is one of the top ten most diverse sites in the Gulf Islands and is home to birds, rare plants, threatened species and marine life.

The BC Parks Foundation needed to raise $1.7-Million by November 17th to purchase the island.

After a recent field trip to a nearby Island, the Grade nine students from École Ballenas Secondary School were inspired to help raise money for the purchase of the island.

Their teacher, Shayne Vollmers, says they wanted to help protect its unique ecosystem for future generations.

“They really jumped on the idea of protecting this island for future generations in our community and they just loved that whole idea.”

Vollmers says the students turned their firewood fundraiser for class trips into a campaign to help the BC Parks Foundation raise money to buy the island.

He calls it nothing short of amazing.

“They’re at three-thousand dollars right now, and we’re expecting another three hundred dollars coming in this weekend from the last cord of wood that we sold, and now people are coming to Ballenas and they’re dropping off cheques and wanting to put it toward West Ballenas Island.” 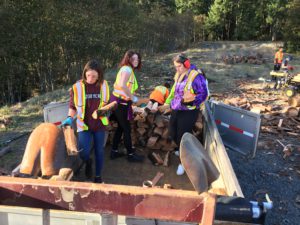 Vollmers expects to be very busy this weekend going around the community to accept donations from people who learned of the students’ fundraising efforts and want to help by making contributions.

On Saturday, the BC Parks Foundation achieved it’s fundraising goal of &1.7-Million.

However, the foundation says if people wish to continue making donations, “all additional funds will go into our Parks Bank of British Columbia to be used to protect other beautiful places like West Ballenas.”

People who would like to help the students top up their contribution toward the island’s purchase this weekend can contact École Ballenas Secondary School in Parksville.

Donations can also be made at the BC Parks Foundation website.

The foundation says West Ballenas Island is the only private non-park parcel remaining in a proposal to establish the Ballenas-Winchelsea Archipelago as a 4900-hectare marine park, a long-standing conservation initiative within the Mount Arrowsmith Biosphere Reserve. 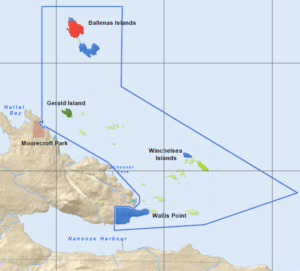 Map courtesy of BC Parks Foundation

The plan is to create a world-class marine protected area in one of BC’s most threatened ecosystems.